Part of our single-origin, collaboration series with Burlap and Barrel, we are thrilled to announce this mouth-watering new Limited Release. Royal Cinnamon is a spicy cinnamon, reminiscent of Red Hots candy but with a more earthy background. Simply put, cinnamon lovers won’t be able to put this one down. Continue reading the product details below for more information on the origins of the this incredible cinnamon.

We are thrilled about our collaboration with Burlap and Barrel for limited release Royal Cinnamon Infused Maple. Burlap and Barrel was started by Ethan Frisch and Ori Zohar who saw an opening for single source, highly curated herbs and spices. They travel the world, meeting with farmers and finding varieties of spices that are rarely seen in western markets. We were hooked after trying their Zanzibar Black Peppercorns which have a fruity punch to them and redefine what black pepper should be. When we tried others, we realized their spices were superior to many of the commodity ones available and reached out to see if we could arrange a collaboration.

Their Royal Cinnamon was a standout in our trials to see which ones would do best infused in our maple. It is a spicy cinnamon, reminiscent of Red Hots candy but with a more earthy background. Ethan and Ori explain its origins best.

“Our Royal Cinnamon has been harvested in the mountains around the ancient Vietnamese capital city of Huế for millennia. The same species as Saigon cinnamon (Cinnamomum loureiroi), Royal Cinnamon is an heirloom variety not widely harvested or exported, and it exemplifies the intense sweetness and spiciness for which Vietnamese cinnamon is prized. Use it in place of Saigon or other cinnamons in pastries and baked goods, or sprinkle into rich, savory meat or tomato-based dishes.”

The cinnamon presence in this infusion is not shy so we came up with some uses that really celebrate the spice. For a simple way to try it, use it as a sweetener in your coffee or put it on yogurt and granola. For a divine combination, try pouring it over vanilla ice cream and add chopped, salted pistachios. We also used it to make a very easy caramel on roasted pears. And if you want a baking project, try our Filo Walnut Rollups with Maple Cinnamon Drizzle. Of course, you can always go old school and pour it over waffles with a big dollop of whipped cream. 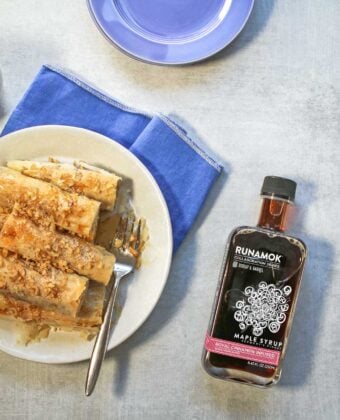 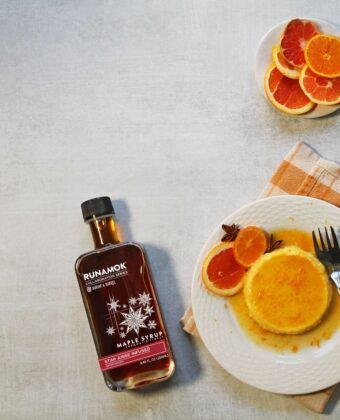